Two days ago I was at church, talking to a sweet friend who was almost like a second mom to me.  I spent many hours at her house growing up, and her daughter spent many hours at mine.  We talked about family history –she's a true expert– and I asked her for help.  She said to give her a call, and I fully intend to.

After talking to her, my family history juices were flowing.  When I got home, I decided to go traipse around a nearby cemetery.  I found information online about a year ago about a leg of my family that the bulk of whose remains were buried in a cemetery just under a mile from where I lived for over 20 years of my life.  So when I got home from church, the urge to go take pictures of headstones was almost enough to make me drop everything and run.  I found this: 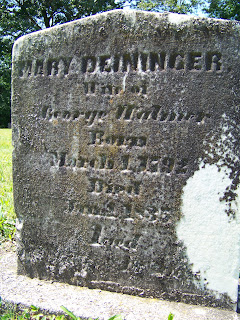 I don't know how exactly we're related yet.  But I do know that we are.

And then this one: 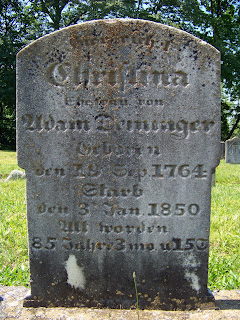 Can you read it?  I can't.  But I know it's written in German.  And the cool thing is, it just so happens that my sister (who joined me in my traipsing) is married to a man who speaks German.  COOL!

And then I found this one: 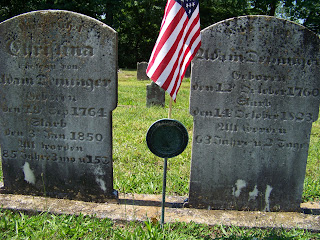 Flanked by an American Flag and a special memorial, this plaque next to the grave marker on the right indicates that this ancestor served in the Revolutionary War.  I appreciate the marker, and the service. 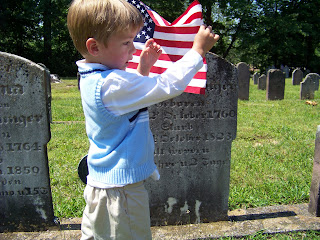 Upon returning home, I stumbled across this during an OCD cleaning rampage: 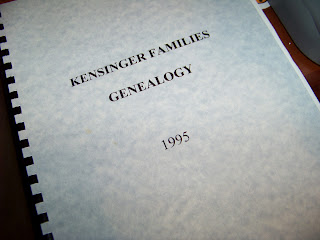 It's a book 486 pages long of my family history on my dad's side.  This book is priceless.  And it was just sitting on my parents' credenza, as if it had always been there.

Later in the day, I was asking my sister if she still had some family history stuff that my dad had loaned her.  She said she returned it, and it was somewhere at my parents' place.  So I looked for it, but didn't find it.  Until yesterday. 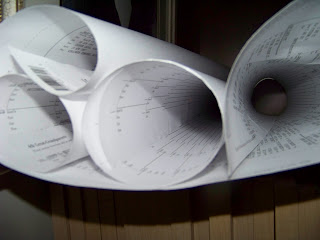 It's a giant scroll of family pedigrees.  I've been waiting to get my hands on this baby for years!!!  And there it was, just like the other book, sitting there, as if it had always been there.

And just 30 minutes ago, before I started writing, I walked into the computer room and came across this: 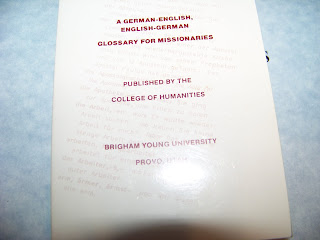 It's a Germen-to-English/English-to-German translator/glossary.  Very simple and easy to use.  On Sunday, when I came home from the cemetery, I had asked my sister's husb. about translating those tombstones for me.  When I found this book just now, I asked him if it was his, and if he had left it on the chair for me.  He said he hadn't.  But it was sitting there, under my camera (which I had been searching for all day).  Once again, as if it had always been there, just waiting for me to pick up.

I don't consider this a coincidence.  I'm thankful.
Posted by jenheadjen at 11:49 PM